The advantages of smart measuring systems 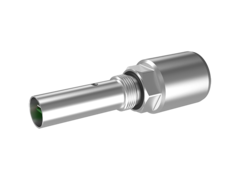 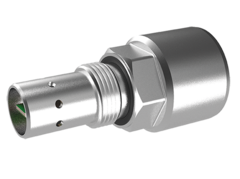 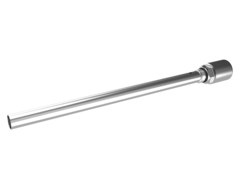 Machines often have to operate at their full capacity for their high acquisition costs to pay off. Meanwhile, the maintenance and servicing costs should be kept low. Oftentimes operators only sporadically perform maintenance services on the equipment such as checking the oil level.
Initially, this method of operation saves money and time, but minor damage to the system is not detected at all or too late. This can lead to substantial repair costs afterwards.

Next to filtering, ARGO-HYTOS realized more than 10 years ago that it is of interest to customers to learn more about the current condition of their oil since this allows for the detection of damage to the system at an early stage.

But even after 10 years, operators still pose the following questions: "What is condition monitoring?", "What is the advantage of smart measurement systems?" and "What solutions can ARGO-HYTOS offer?"

We will now tackle these questions.

What is condition monitoring?

Condition monitoring is the monitoring of a system with a sensor. The sensor records significant values of the system and interprets them. In the case of ARGO-HYTOS sensors, parameters such as particle concentration, oil temperature or relative humidity are measured and interpreted.

This makes it possible to detect faults in the system at an early stage and to identify measures for their elimination.

What advantages do smart measuring systems have?

The goal of condition monitoring is to constantly collect data on the machine to predict failures. The aim is to slowly replace both preventive and reactive maintenance. Components as well as oil of a system should only be changed when it is really necessary.

This avoids costs since the plant does not have to be shut down unnecessarily and components are only replaced if they are damaged.

Another advantage of condition monitoring is the safety for operator and machine. The smart measuring system detects faults at an early stage and can thus shut down the application or issue an alarm message.

Another positive aspect of this sensor technology is the transparency for the plant manufacturer, as the measured values are often transferred to a cloud or storage unit with a time stamp.

The plant manufacturer can thus precisely track whether the operator has followed all specifications or, for example, if the machine has been operated at too high a temperature.

What solutions can ARGO-HYTOS offer?

ARGO-HYTOS specializes in monitoring hydraulic and gear oil in mobile and stationary systems.

For monitoring fluids, ARGO-HYTOS offers sensors that monitor the condition of the oil and the contamination with particles. Due to the condition sensor’s independent learning of the respective customer oil, it is possible to calculate the lifetime of the oil very accurately, making static oil changes a thing of the past. In addition to the calculation of oil aging, the sensors make it is also possible to detect the relative humidity of various oils and mixtures.

Due to the possibility of adjustable limit values of the sensor, an alarm can be sent to the operator if these are exceeded, thus saving the plant from immense damage.

ARGO-HYTOS sensors constitute another component of our company’s "thinking outside of the box" strategy, as they can be used to measure much more than just particles or oil aging.

The sensors can specifically point out problems with their built-in intelligence that would lead to costly damage if undetected.