With Smart L.E.A.F. into the future 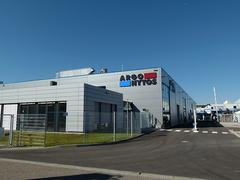 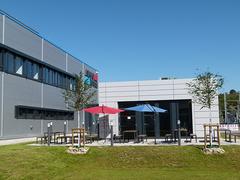 With the ground-breaking ceremony in May 2019 and the completion of the filter element factory in summer 2020 as an extension of the Kraichtal site, ARGO-HYTOS has reached a milestone in the digitization of its own value chain.

On April 30th, the construction works for the extension building, the digital filter element factory "Smart L.E.A.F.", were completed successfully and on schedule. After a construction period of eleven months, the installation of the operating equipment could begin in summer 2020, before the official move-in took place in August.

Until then, in addition to the storage technology and various other operating equipment, the hardware for the digitalization of the production processes has been installed and the new processes have been tested. Smart L.E.A.F. stands for lean, digital processes for the production of filter elements.

“The Smart L.E.A.F. filter element factory is an essential component of an overall concept for the further development and digitization of the Kraichtal-Menzingen site, and is the prime example of a digital factory for the entire ARGO-HYTOS Group“, says Dr. Marcus Fischer, COO of the ARGO-HYTOS Group.

These are not yet the only interesting facts about the construction:

In August 2020, the filter element production was relocated over a period of 11 working days in a total of 3360 working hours, during which almost 40 work stations and 19 machines were moved. After the relocation, production in the new filter element factory has successfully started as scheduled.