Our customers do not drive a single metre – for their own safety! 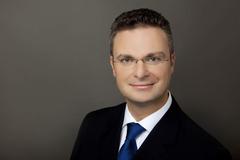 ARGO-HYTOS products do not only offer excellent safety, they are even so intelligent that your system is protected against incorrect operation! And all this in the interest of the customer!

This saves our customers a lot of money and stress.

Recently there happened an incident with a manufacturer for container cranes which first caused a great commotion: wrong filling led to total failure of the machine!

The machine being used has got two separate brake systems with disc brakes. This type of brake requires cooling and lubrication to raise the service life of the components and to keep the maintenance costs low.The customer has equipped several machines with LubCos H2Oplus II sensors to monitor the brakecircuits on water content, temperature and aging. After a regular service work the LubCos H2Oplus II sensors reported at one of these machines a too high water content in the brake circuits. As a result the control system of the machine signalled an alarm.
The user of the machine was unmistakeably asked to shut down the machine immediately and to contact the service team.
If the operator had driven only one single metre, considerable damage would have been caused!

The service team analyzed the incident on the basis of the data stored in the sensor and found out that the machine failure was a result of a mistake but timely reporting of the sensors prevented a remaining damage of the machine.
Instead of the prescribed brake cooling oil a similarly coloured but for the brake absolutely unsuitable water-glycol mixture was filled into the brake!
If the machine had been operated without sensors, the brake would have been damaged right after a few metres due to the unsuitable cooling and lubrication medium and besides considerable damage to the machine, the operator would have been endangered!

This type of sensor measures during running operation among other things the relative water content and the conductivity of the ambient fluid, usually hydraulic oil, lubricating oil or comparable fluids. The integrated electronics and complex evaluation of the data allows to compare the measured values to the dangerous threshold values known for this oil. As soon as these threshold values are reached or succeeded, a signal is set and sent to the control system of the machine which can take the appropriate measures. Furthermore the sensor records the current measurement values and can make predictions about the oil condition on the basis of these records and provided models. The data storage also provides a „flight recorder effect“.  This allows subsequent evaluation of the incidents and enables identification of potential malfunction sources. With the help of these data the cause can be ascertained and the machine safety can be increased. In this specific example the oil type has been changed to ensure a better distinction by the colouration of the different operating fluids of the machine.

The sensor being used in the example measures besides the humidity of the oil also the temperature and two other physical-chemical parameters of the oil and derives from these values predictions about the oil condition. Through the temperature the values are back-calculated to a reference value.  Temperature influences on the sensor signal are largely eliminated. This technology makes it possible to convert from fix oil change intervals to condition-oriented oil change and increase the lifetime of the oil. By storing the data, information is available in the event of fault to prevent similar incidents in the future. The measured parameters allow precise determination of the oil type and ensure that only the prescribed oil is used for this machine. Altogether with the help of the ARGO-HYTOS sensors the operational safety of the machines can be improved, the lifetime of the oil is increased and thus operating costs are reduced.

Without these sensors the humidity sensitive disc brakes would at least have been partly damaged. This would have led to considerable consequential costs by repair and down-times. Moreover, the safety of the machine operator and the environment would have been acutely endangered as the brakes could have failed when working in full speed.

With ARGO-HYTOS our customers drive safer and more efficient at any time!