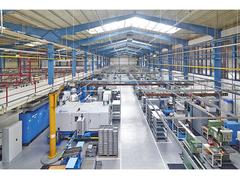 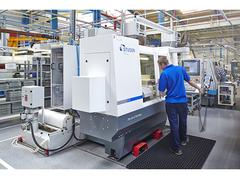 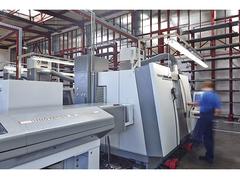 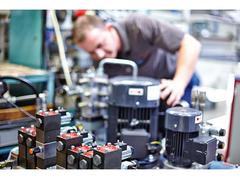 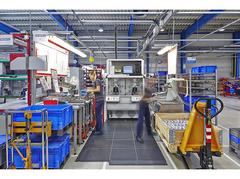 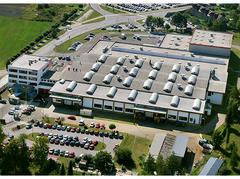 ARGO-HYTOS s.r.o., Vrchlabí celebrates two anniversaries in 2018, namely the 25th anniversary as a member of the ARGO-HYTOS group and the 15 year anniversary of the name change from Hytos a.s. to ARGO-HYTOS a.s.

In 1993, today’s ARGO-HYTOS group, together with the former partner Ulbrich GmbH, took over the majority of the shares in Hytos a.s. In 2003, Hytos a.s. was renamed ARGO-HYTOS a.s. in the course of the restructure of the ARGO-HYTOS group. Furthermore, in 2007 the company was transformed into a GmbH, s.r.o.

In 2006-2008 significant investments were made by the ARGO-HYTOS group in Vrchlabí. For example, around 8 million EUR were invested in expanding the production area by twice the old space, renovating the old production area and in building a new high-bay warehouse. Another 10 EUR million were invested in new machinery and new assembly lines with new test benches.

These high investments combined with the great commitment of the employees have paid off.

ARGO-HYTOS s.r.o. today has one of the most modern production facilities for hydraulic products in Europe. Within the ARGO-HYTOS Group, ARGO-HYTOS s.r.o. is the competence center and the main production site for the hydraulic Fluid & Motion Control (FMC) product range.
With around 650 employees and the functional areas of development, sales, finance, purchasing / logistics, production, IT and quality assurance, ARGO-HYTOS s.r.o. is not only the largest production site within the ARGO-HYTOS Group, but also a development center for the product groups valves, control blocks and power units. The rapid growth of these product groups in recent years shows that the price-performance ratio and the quality of the products are in demand worldwide.

ARGO-HYTOS s.r.o. will continue to work intensively over the next few years to further adapt the product range to the needs of the markets by expanding and modernizing the product range by means of stronger electrification of the products, the expansion of system technology and the implementation of digitization solutions. In addition to product development, the introduction of further automation solutions and the use of the latest production technologies will be a key objective in the following years.